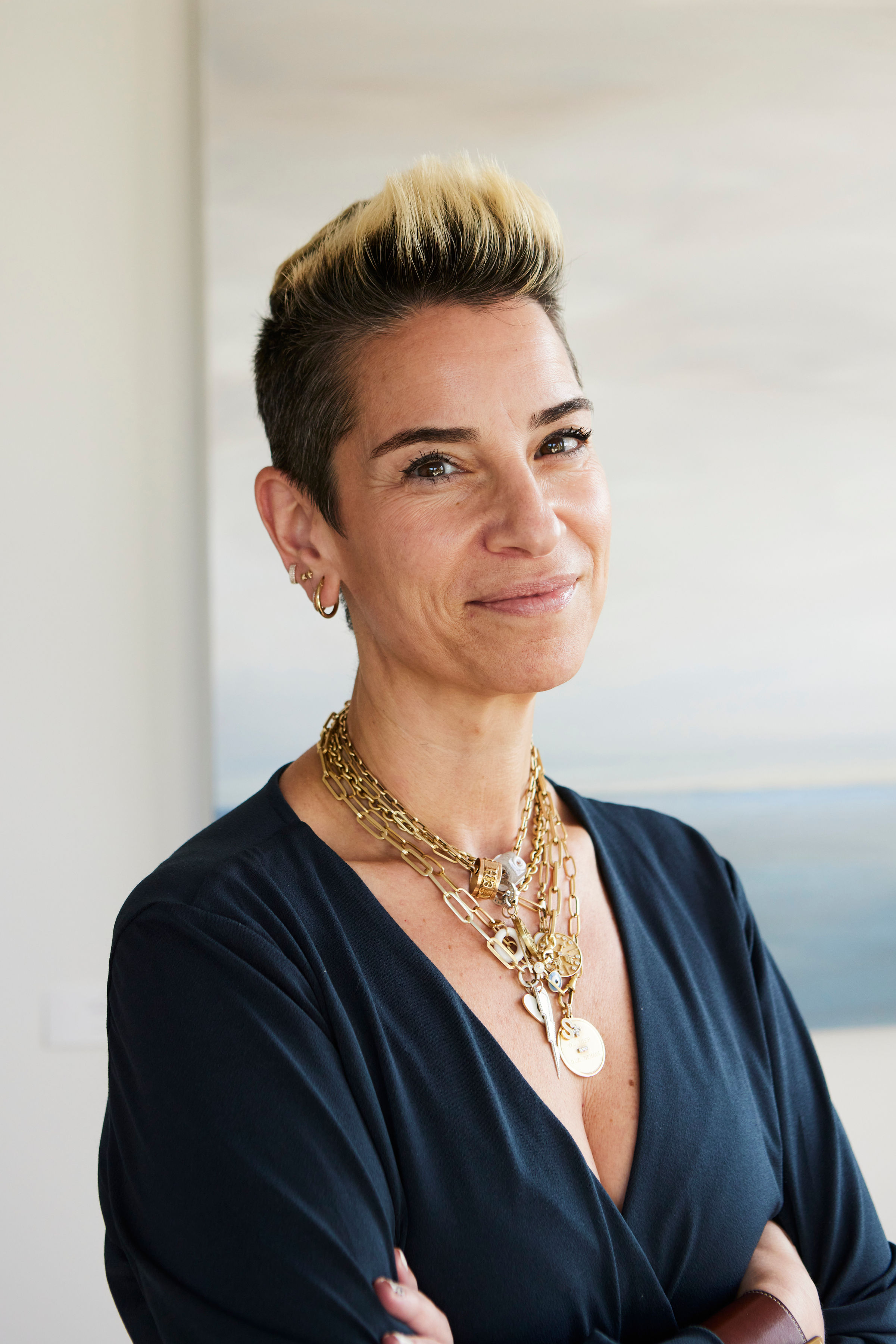 Shieva Ghofrany, MD FACOG has been in private practice since 2003 at Coastal Obstetrics & Gynecology in Stamford.  After completing a liberal arts bachelor’s degree at Georgetown University she then completed a post-baccalaureate pre-medical program at Columbia University. She attended medical school at Tel Aviv University/Sackler School of Medicine after which she did her residency at Stamford Hospital/Columbia University.  She then pursued coursework in “Integrative Health and Healing” through The Graduate Institute in Connecticut which she completed in summer of 2016.

Her coursework helped immensely when she was diagnosed in June 2016 with ovarian cancer and her newfound complementary knowledge improved her mechanisms of coping with her extensive surgical complications and 18 weeks of chemotherapy. Her cancer had arisen in the setting of her long history of endometriosis and her early detection at stage 2 helped solidify her belief that if women and doctors work together, we can STOP erroneously labelling ovarian cancer “the silent killer”.

As a mother of three, she has personal as well as professional knowledge of pregnancy, miscarriages and childbirth (having had six miscarriages, one vaginal delivery and two cesarean sections herself). Then in December 2009 she underwent weight loss surgery and continues to understand the CONSTANT struggle between food, weight and emotion--particularly for women.  Given her multitude of “health” and particularly obstetric/gynecological experiences—she often quips that she is “not only the ‘hair club’ president, but also a client!”.

Born in America in 1970 to parents who emigrated from Iran after medical school.  They pursued residency in the US where they ultimately decided to stay thus her upbringing was very influenced by the culture of her Persian roots. She and her sister (the Chief Justice of Miami-Dade County) had a strong role model of female strength as her mother began her medical school studied in the late 1950’s when it was not the norm in the US or Iran.

Dr Ghofrany enjoys media work and has been quoted in many online and print publications including articles in The Huffington Post, Parents Magazine, and Mind Body Green. As well, she continues to be listed in Castles-Connolly Top Docs each year, has taped videos for “the Bump”, “Web MD” and “Verywell.com” and most notably was featured in two  episodes of PBS HUMAN:The World Within that aired May 2021 and is now available on Netflix.

Since February 2019, she has grown her social media presence (largely on Instagram) so that she can chat openly about “all things female”, focusing mostly on “increasing women’s knowledge to help decrease their anxiety” from 200 followers to almost 35K followers as of April 2022.

The Pandemic presented a unique reminder that women need and want QUALIFIED information as well as community and to that end in November 2020 she and partner Jenny Hayes Edwards launched their company called “Tribe Called V”, an online platform that aims to “increase women’s knowledge about their health in order to decrease their anxiety”.  Their initial offering was their “my OB&ME” pregnancy program (including an eBOOK as well as monthly virtual meetings).  They are currently working on their gynecology portal which will house videos delivered in Shieva’s candid, easily digestible vernacular.

In addition to her private practice, Coastal OBGYN, where she has been with her partners since residency finished in 2003, she has also consulted for various womens’ health/wellness companies including roles at Bodily, By Heart and Aspira Women’s Health. Each company offered a synergistic goal aligned with Shieva’s to provide women with a more robust ability to improve their knowledge and in turn their health.